What were the effects of the automobile industry?  How did it change the lives of the workers and the work place?

Excerpts of Workers and Technology in the American Auto Industry, 1900-2000 by Stephen Meyer

The organizational and technological transformation at the Ford Highland Park factory drastically reconfigured the work routines and shop-floor lives of American automobile workers. First, it completely transformed the various work tasks and work routines of Ford workers and created the repetitive, monotonous, and alienating work of the modern industrial world. Second, it altered the traditional social relationships of the workplace as the role of skilled craftsmen declined and the role of the deskilled or unskilled specialized workers increased. Third, the mass production system instituted new forms of control over the new unskilled workforce that now labored at the single-purpose machines or on the new assembly lines.

In both machine and assembly operations, the work tasks and routines of automobile workers became more specialized, more repetitive, and more automatic. In contrast to the all-round machinists’ use of both head and hand, the new machine operators used machines whose design made almost all work basically similar. In the words of industrial engineers, the skilled dimension of the work task was designed into the machines. The worker simply inserted a piece into the machine, turned a switch, and the machine performed its operation and automatically stopped. Then the worker removed it and passed it on for the next machine operation. The cycle of the machine determined the work tasks and the pace of production. In the 1920s, one harried auto worker described how his machine paced his work. Despite the constant exhortations of supervisors to hurry up, he complained: “The machine that I am on goes at such a terrific speed that I can’t help stepping on it in order to keep up with it. The machine is my boss.” If the machine cycle was long enough, managers assigned the operator another machine for the idle moments at work. Workers labeled this doubling up on machines “stretch out.” Also, the new arrangement of machines to match the sequence of production allowed straw bosses, foremen, and supervisors to detect inefficient workers from the piles of unfinished work at their work stations.

A similar situation existed on the new assembly lines. Shortly after the development of line production and the announcement of the Five Dollar Day, John A. Fitch, a Progressive Era journalist, described how workers performed only small fragments of work in the motor assembly department:

Although Fitch marveled at the wonderful efficiency of the system, he concluded:

“It may be fine to see an automobile come through that door every twenty seconds—but you don’t see them if your job is to start the nuts on the threads. You haven’t time. There are always more bolts to be capped.”

Henry Ford and Mass Production link
Famous for his character "The Tramp," the sweet little man with a bowler hat, mustache and cane, Charlie Chaplin was an iconic figure of the silent-film era and one of film's first superstars, elevating the industry in a way few could have ever imagined. Watch the two clips below featuring Charlie Chaplin.  What does Chaplin want the audience to think about factory work?

Question:  what do advertisements reveal about the time period?
Choose ONE ad below and HIPPO It. 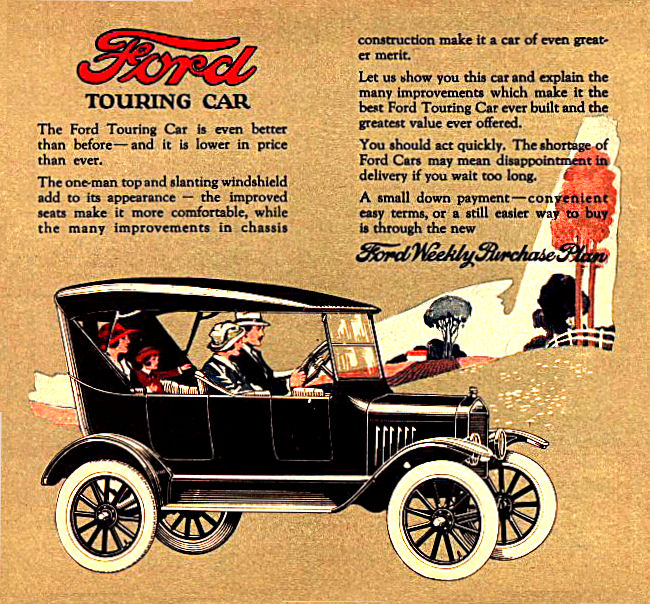 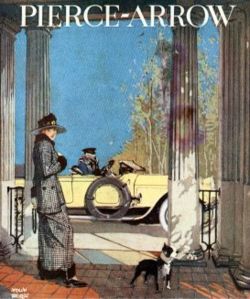 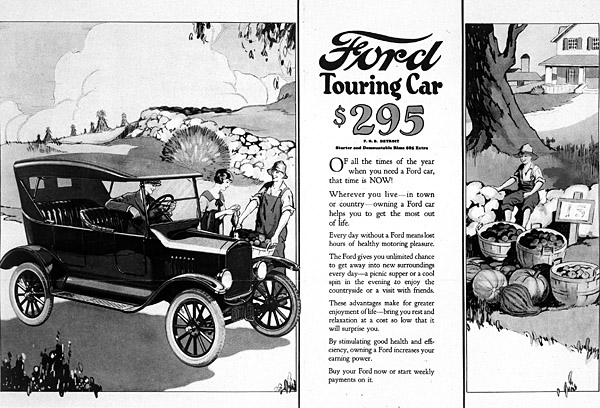 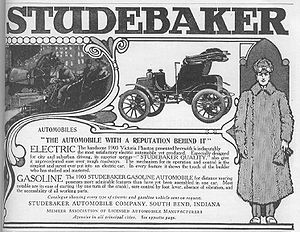 Watch the car commercials below and answer the questions on the worksheet.